A mother in Kenora says the provincial system is failing adults with developmental disabilities and is calling on Ontario election candidates to make it a campaign issue.

Karla McClain’s son, Andrew, suffers from a seizure disorder that has resulted in intellectual and speech delays, impaired motor skills and autistic tendencies.

After McClain’s husband died eight years ago, she knew she couldn’t give her high-needs son the care and external stimulation he needed on her own. Funding from Child and Family Services helped provide support, including a residential program. 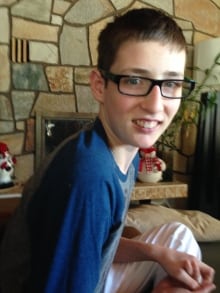 But when youth with developmental disabilities turn 18 — as Andrew did last August —  they are no longer eligible for that funding.

“All services stop from what they were receiving, if they were getting children’s services,” said McClain.

But McClain said there is a “bottleneck” of adults with developmental disabilities stuck waiting for the support they need.

“It’s created thousands of people sitting on waiting lists with absolutely no idea of what their future looks like,” she told CBC News. “[That has] an incredible impact on the quality of their life and the quality of life of their family and their caregivers.”

McClain said she fought to get temporary funding on a emergency basis so her son could stay in the home in which he was living until DSO determines what residential services and support he can receive as an adult.

But McClain said it shouldn’t take a crisis to ensure adults with developmental disabilities receive the support they need.

A Mission Self Advocate’s Experience at Special Olympics Canada

What Being a Self Advocate Means to Me

Special needs in the classroom