One of the authors of Canada’s parole laws says Robert Latimer, the Saskatchewan farmer convicted of killing his severely disabled daughter, should be allowed to travel freely outside Canada.

Latimer is set to appear in Federal Court in Vancouver on Wednesday to challenge a National Parole Board decision requiring the 60-year-old to obtain pre-approval for international travel.

Latimer killed his severely disabled 12-year-old daughter, Tracy, in 1993 by piping exhaust fumes into the cab of his truck. He was convicted of second-degree murder in 1997 and released from prison on day parole in 2008. He was granted full parole in 2010.

Included in Latimer’s application for judicial review, obtained by CBC, is a previously unpublished letter of support written by Mary Campbell in May 2013, a month after she retired as director general of the corrections and criminal justice directorate at Public Safety Canada.

The former senior public servant says she was one of the authors of the Corrections and Conditional Release Act, the legislation that governs the parole board, and is a good friend of Latimer.

Campbell said she has known about Latimer since 1993, but they only met and became friends after 2008, when she invited him to speak to a class that she was teaching at the University of Ottawa.

‘I would, without hesitation, characterize Mr. Latimer as the most genuinely kind and caring person I have ever known.’– Mary Campbell, former Public Safety Canada official 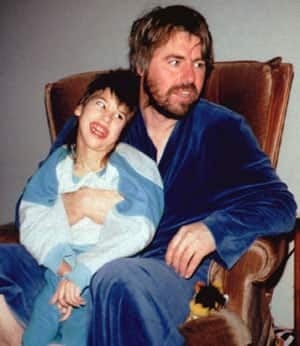 An undated photo of Latimer and his daughter, Tracy, at their home in Wilkie, Sask., northwest of Saskatoon. ((Maclean’s/Canadian Press))

The parole board rejected Latimer’s first bid to be relieved of the travel restriction in July 2013. The restrictions mean Latimer has to apply to the board each time he wants to travel outside Canada and obtain a special passport good only for the duration of the trip.

Latimer appealed the 2013 decision, but the parole board’s appeal division upheld the decision, leading Latimer to apply for a judicial review by the Federal Court.

‘There’s no reason in law …  to keep that restriction in place.

“There’s no reason in law, there’s no factual or empirical reason, and there’s no logical or common sense reason to keep that restriction in place,” he said.

In her letter of support, Campbell argues the legislation she wrote practically obliges the board to remove the condition.

In its response to Latimer’s ​Federal Court application, the Office of the Attorney General said the parole board’s decision was reasonable.

The government acknowledged the risk of Latimer re-offending was low but said maintaining the travel ban fell within the range of “possible acceptable outcomes.”

“Simply because a positive decision may have been reasonable does not mean that a negative decision is unreasonable,” said the attorney general’s response, which was included in the court filings obtained by CBC.

Campbell says in her letter that Latimer wants to volunteer to build housing for an international non-governmental organization. She says his greatest desire is to see some of the ancient ruins in Central and South America.

Campbell declined an interview request, saying the letter speaks for itself.

What Being a Self Advocate Means to Me

The Important Role of BC’s Self Advocate Liaisons

How Health Care Providers Can Respond Better to People with Diversabilities

Harness of hope: Invention from mother of wheelchair-bound son helps him and other physically impaired children walk for the first time