Welcome to   Click to listen highlighted text! Welcome to
Menu

This is the page for all election coverage

Stay tuned this page will be updated daily on this page.

Federal election is on September 20th,2021

point out issues that affect people with disabilities ask your candidates

It explains what voting is about, how voting and elections work, why it is important to vote, and what questions you can ask candidates.

We hope the guide will help make your voting experience a good one and we encourage you to share it with others.

These are our federal Political Parties :

You can watch it the Canadian Federal | Election 2021 RESULTS here

Alex shares why he votes

SAS member, Jeevan, shares why she is voting.

Understanding what Federal Election Is this explains how it works.

Bring your concerns to party leaders.

What do you want the main party leaders to talk about? Let us know below. Your concerns will help form the questions and direction of the debate.

Under a mandate set out by the Leaders’ Debates Commission, the broadcast group is committed to reflecting the diversity of Canada and the issues that people care about for the leaders’ debate.

Can go to CBC website link below .What  would you want the leaders to talk about.

What Do the Major Federal Political Parties Commit to Do in Their Published Election Platforms to Make Canada Accessible for Six Million People with Disabilities? This on website that in detail as August 27th,2021 saying in Canada Federal Election 2021 is from Accessibility for Ontarians with Disabilities Act Alliance Cick on Picture below

With the 44th federal election coming up on September 20th, we spoke with 15 disability advocates and organizations about their top priorities for candidates to address. The responses highlight some of the biggest gaps for Canadians with disabilities.

The question: What is the #1 issue you want the election candidates to address?

I would ask them when they plan on adding the recommendations by the federal Disability Advisory Committee to improve the disability tax credit so that people have an easier time applying and more people get approved. This didn’t happen in the summer under Bill C-30. People with learning disabilities get told all the time that they can’t even apply by doctors and psychologists. It’s super frustrating. Having severe dyslexia makes it hard to do your taxes, bank, shop, travel, write tests (including driving tests), it’s not just in school.

Our #1 priority for the 2021 federal election is for the government to development and implement the Canada Disability Benefit and eliminate disability poverty.

30-35% of Indigenous people self-identify as having a disability, which is higher than the non-Indigenous population at 25%. They have higher rates of mental health issues. This is, in part, due to the ongoing genocide that Canada’s committing. I want the government to fund the search of Indigenous residential schools, day schools, and hospitals and fund bands and families being able to have ceremonies and/or burial. The government must also fund appropriate mental health care for the ongoing trauma from these discoveries.

The mental health care must be directed by Indigenous people and be culturally appropriate. It should not be a fly-in plan that’s all flash and no substance, it must be responsive and ongoing. The access to funding shouldn’t be a fight or overly bureaucratic (creating more trauma). I obviously have a ton of other disability related issues I’d love to address (climate change being high on the list – how it disproportionately affects those in poverty, particularly disabilities, for example) but the Canadian government needs to prioritize Indigenous people and the mental health issues caused and perpetuated by colonialism.

Jennifer Burgmann, A Day in the Life of a PWD (Person with a Disability)

It’s really important to address poverty in this country with regards to people with disabilities and seniors. I was surprised to see the federal government decide the basic standard of living should be $2000 a month when disabled and seniors aren’t getting anywhere near that regularly. That should be basic standard for everyone, and I think it’s very important this is dealt with. Government also must address long-term care and seniors’ facilities. With baby boomers coming into senior years, the need will be huge.

Housing’s my top thing right now. There aren’t enough wheelchair accessible apartments, and that’s why my husband and I are being forced to move out of Richmond.

We need more housing that’s affordable and accessible at all levels, from single apartments to family apartments, for people in wheelchairs or with other disabilities.

My top priority is the adoption and promotion of a national Hidden Disability Symbol.

If there was one ask I think it would be: how can we ensure that Canadians with disabilities won’t be left behind again, and what can be done immediately?

Poverty’s the big thing. People with disabilities need at least $2200 a month, and we want it without clawbacks.Then creating more affordable and inclusive and accessible housing must happen. Housing is so expensive and people with disabilities have so little to spend on it, then you add in that many places aren’t even accessible, and it’s next to impossible to find something.Affordable and inclusive childcare is also an area of concern.

The Accessible Canada Act was enacted in 2019, but we’re yet to see much progress in its implantation. We need for that to start, and to make sure changes to the act are positive. We should never be refusing the rights of people with disabilities. No federal laws should be made which create even more barriers, and in particular there should be no segregation of populations for any reason. 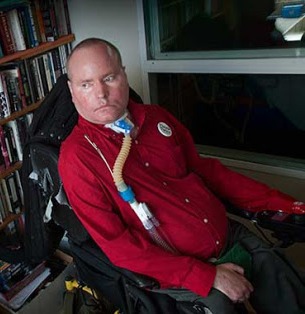 BC Aboriginal Network on Disability Society

Our number #1 request would be to implement financial supports to lift persons living with disabilities out of poverty.

The number #1 thing to be addressed is the question of why so many citizens died of COVID in long-term care.

On behalf of the Canadian autistic community, we ask: will your government commit to investing in the necessary development of a National Autism Strategy, action to address the critical gaps in autism supports and services across the country, and provide a concrete timeline to have this strategy implemented by 2023?

I want to know what policies will be created to ensure those living with a disabilities – young & old – are not forced into poverty or lower social economic status. As we know, disability is expensive; Canadians of all disabilities deserve a safety net.

That’s an easy question. The first thing’s to lift disabled people out of poverty. No one should expect disabled people to survive on less than poverty level income. If disabled people weren’t in poverty, they also wouldn’t have many of the other problems that stem from it.Accessibility’s the next one. There’s really no excuse that inaccessible spaces continue to be built – it’s a choice that people choose to make.

My number one’s for the needs of people with disabilities to be considered in all aspects of policy development. We’ve seen a significant erosion of services at all levels of government over the past several years, including in health care for many in our community. I’d like to see us move forward, not backward.

Spencer van Vloten is the editor of BC Disability. To get in touch, send an email to spencer@bcdisability.com!

Here is a guide that Inclusion Canada has  collected on issues that you can  ask your MP Candidates.

Questions to these are issues across Canada  are federal disability issues.

Self Advocate Organizations in BC

WebMaster Bryce Schaufelberger – with 2 Decades of support from The HOME Society & Major Sponsors.